Inspired by the mosaics of Ravenna (Italy), Sven Palmqvist developed a series which implicated the use of both hot and cold glass techniques. A colourless glass object was blown, covered with a coloured layer, transformed into a slab, and annealed. Once cooled down, a decorative pattern -reminescent of a mosaic- was covered with bitumen, and the slab was sandblasted. The covered areas became raised. In the recessed areas colour powders were sprinkled, the slab was re-heated and covered with a colourless layer whereafter it obtained its final shape. While in production over a long period of time, each object of the Ravena series is considered a one-off, signed by the artist with a numeral which indicates  the year of production. In general, early exemples tend to be less carefully finished as can be noted in the present, where the traces of the mould were not entirely removed. 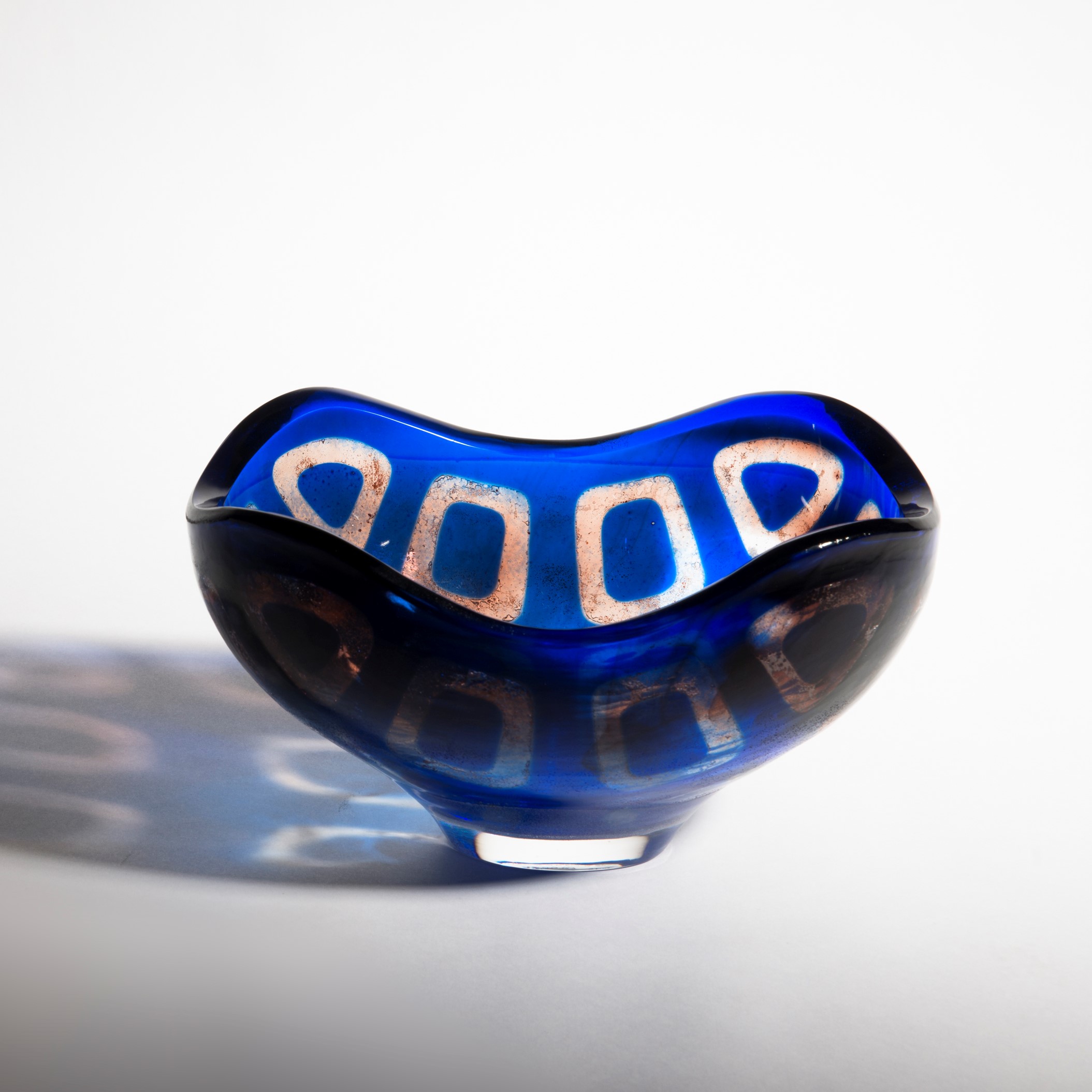