Pasta vitrea vase based on a model by Tomaso Buzzi, Venini Murano Italy, 1965-69.

During the sixties Venini re-introduced the use of pasta, an opaque glass sort with peculiar characteristics. It was rarely used to blow, but instead used as a surface cover or -as in the present vase- trapped between colourless layers. The decorative line pattern on the shoulders is the unforseen result of manipulations during the forming of the blown vessel. 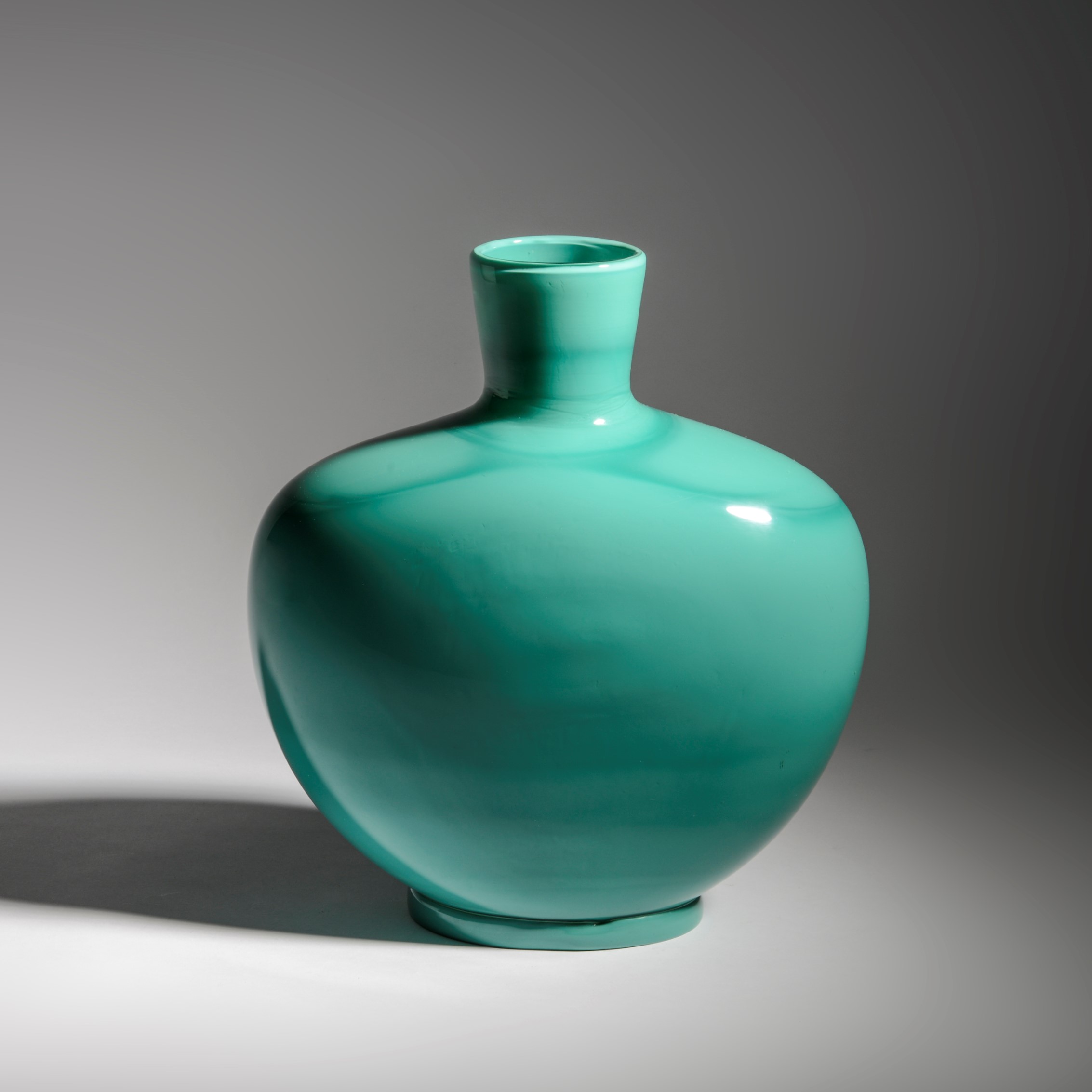