Tessere ambra vessel, made of fused flattened cane segments picked-up with a colourless form to allow further blowing. Originally introduced in 1957, the decorative colourisation emerged from the chemical reaction of silver foil on opal.

Cfr.: In 1974, Ercole Barovier died, and his son Angelo became head of the company. As a tribute to his father, a number of series was re-introduced, in part with the orignal models, in part with new models. Such was the case for the present Tessere ambra vase, model 25570 introduced in 1976. – Modelbooks Barovier & Toso archives, Murano Italy. 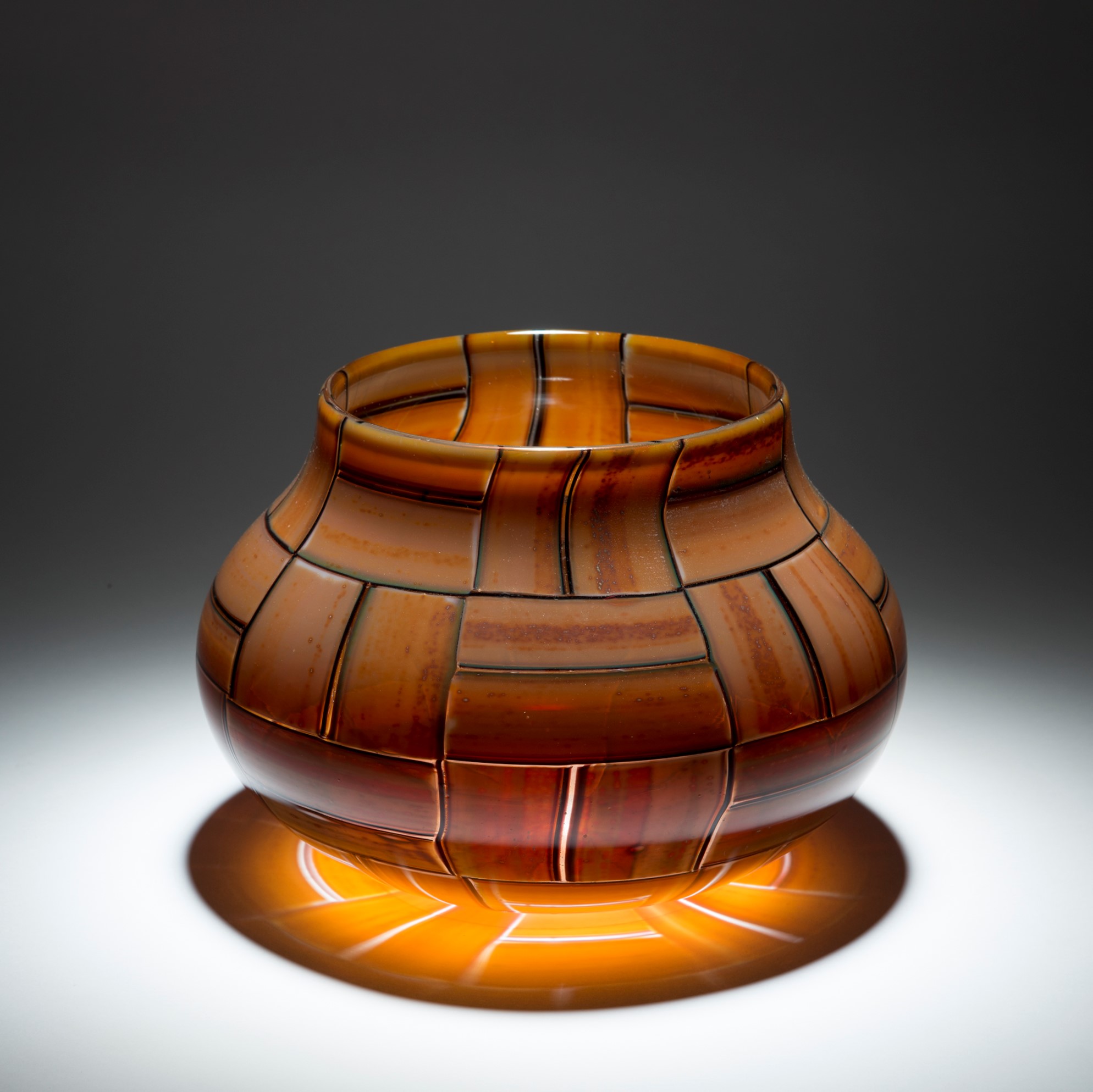